The Brussels Capital Region is using these signs as can be seen here. 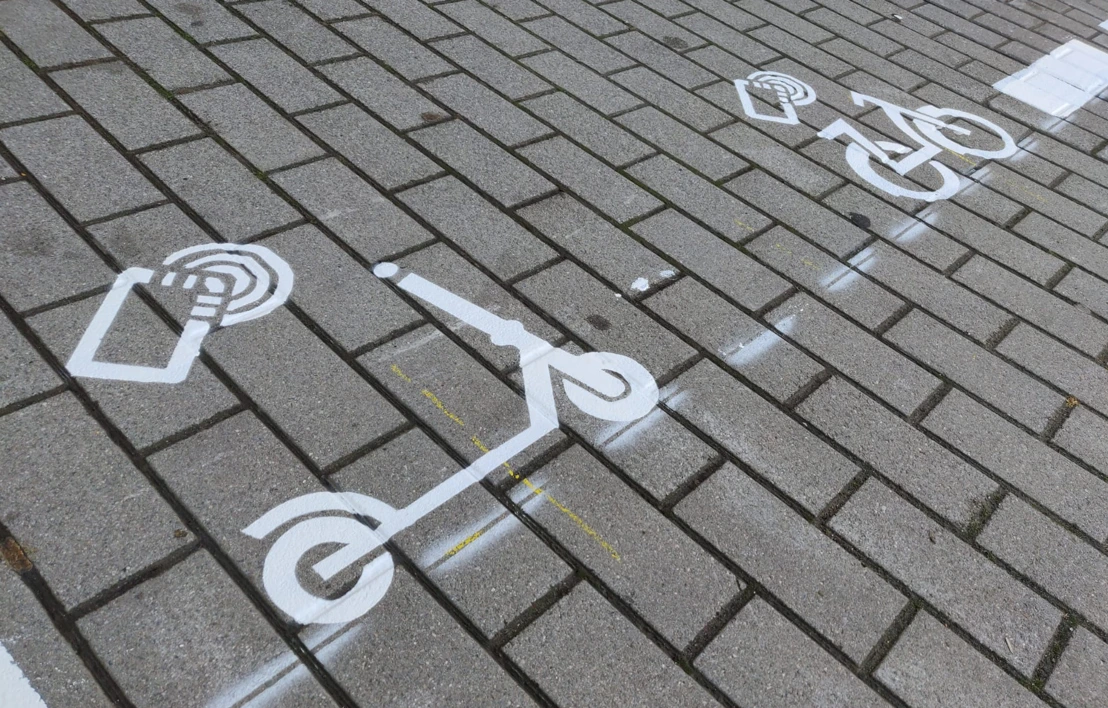 From the first dropoff zone implemented at Etterbeek station, it appeared from feedback that the pictograms were too small.
So, for the next ones, we’ll try with bigger picto’s ; we’ll go from 50cmx50cm to 75cmx75cm.

Cities like Namur and Liège are starting to implement the road signs suggested by the 4 PTO's and FPS Mobility & Transport. 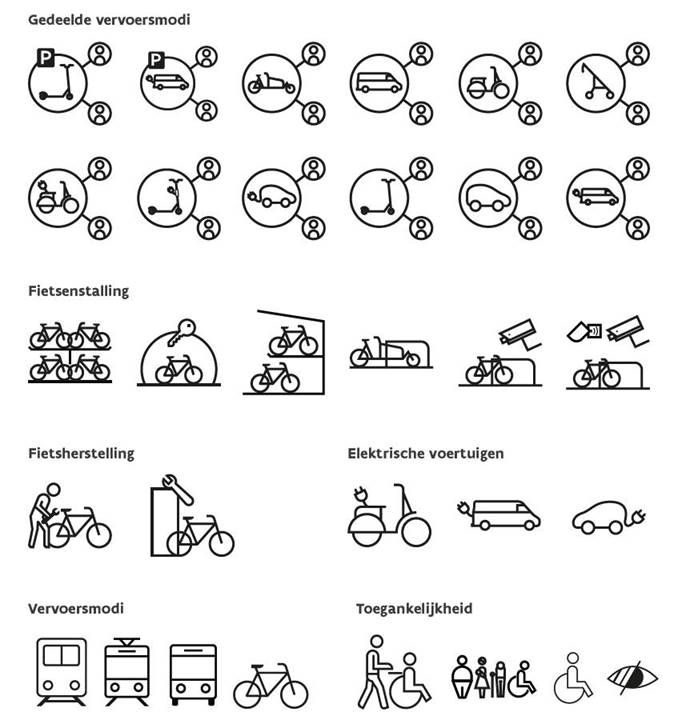 Flanders has been developing a new brand for ‘basisbereikbaarheid’ (the new vision on mobility in Flanders) and ‘mobipunten’: Hoppin.

The initial version of the corporate identity guide developed for Hoppin can be found here.

On page 19, some of the icons that will be used to indicate shared mobility can be found. The philosophy of the European symbols for car sharing have been combined with the Flemish Government’s style for iconography. The icons can also be found here.

Some specific icons used within the city of Antwerp can be found here.

ITS.be looks at ITS solutions by distinguishing between: